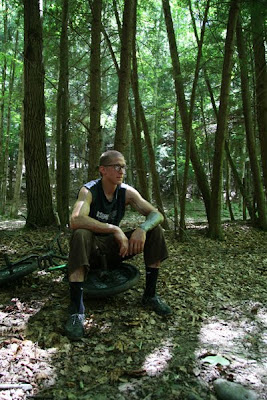 Derek Nelson is one of the gnarliest dudes in bmx. A lot of people don't know abut him due to his beliefs on staying way under the radar, but his new TREE edits opened up a lot of eyes. Most probably don't give a fuck about his riding, due to their tunnel vision idiocy and discrimination towards individualism, but I think that its way sick. The shredding combined with one of the best interviews that I have read in while, makes him a definite favorite. Get wrecked!
Posted by WRAHW at 3:06 PM