This edit has a real nice feel to it, pretty laid back. Things get pretty wildly when the W-BASE boys session this sick bank. Nasty attempts a whip skid to half cab bar, and I know that if the bail looked that sick, then the landed trick would have been insane. Maybe he landed it but they are using those clips for something else? Speaking of Nasty, not only does he shred the bike, I found this sick photo of him getting wicked on the guitar!? Woah. 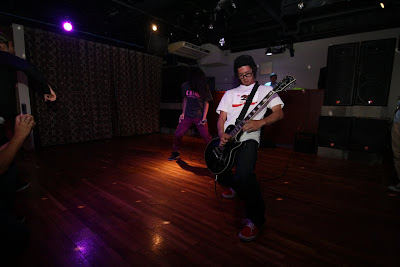