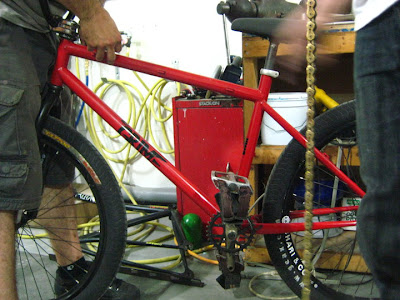 Well, this one photo of the "Bacon Grease" as Mike calls it, has been up on the Grime face book for some time now, and kids have been asking me whether that is the Grime proto and such. It's not. That frame is an old MTB frame that Lance of Squarebuilt, made years ago. 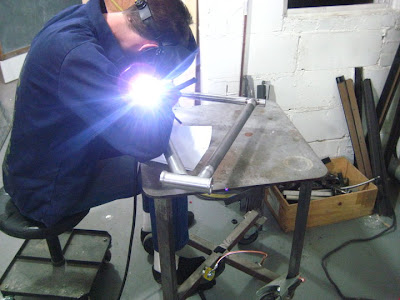 If you have lurked hard enough though, you know that there is a prototype in the works. From what I can see the frame looks pretty slick, but it will only be in the testing stages for a good while. I cant leek too many details right now. Mike told me that he and Wonka will be thrashing on them at the BFF, so I guess we will all see them then.
Posted by WRAHW at 11:39 AM