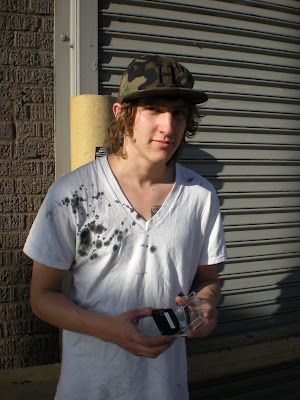 I first met Mike at Midwest Mayhem in Milwaukee this past winter.  We communicated on the web a good bit before that, but I would have never suspected the crazy personality that Mike has.  After seeing this dude go nuts at MWM, I knew that from then on out he would become a familiar face within the sport.  Iv’e ridden with Mike numerous times, and stayed at his crib for weekend, and he has definitely become a good friend of mine.  This interview is long overdue, so here’s the head food.
Not everyone out there is a web creep, so can you hook up your full name, age, birth pad, and current location?
I am Michael Thomas Schmitt, and I am 21 years old. I was born in Virginia, lived in New Hampshire for a bit, then back to Virginia. After high school I moved to Orlando Florida and now I Live in Richmond Virginia.

How long have you been riding fixed gear, and what introduced you to freestyle fixed?
I got my first track frame in summer 2008, I set it up with a 26” front as soon as I got it. I knew a few kids who tried tricks and I would mess around on my bike with them and while I was delivering Pitas for the Pita Pit.

When we were in Richmond everything seemed pretty chill. What is the scene like in Richmond in terms of riding?
We are kind of too chill. But its nice, there isn’t too much stress or pressure when we ride. We just have fun and try to progress. The Richmond freestyle fixed scene is still relatively new, even last summer there were less than 4 kids who were really into it. I moved to Richmond in August and met up with Julio, since then we have (along with others) been trying to put Richmond on the map.

What inspirations do you have when it comes to shreddin?
Riding in NYC with you and Edward, Pushing myself to try bigger tricks or do tricks on bigger obstacles, I watch a lot of BMX edits to get stoked. 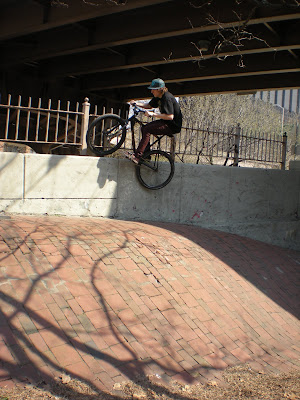 You listen to various types of music, but what have you been into lately?
Lots

You tied with Taylor for 3rd at MWM. How did that feel, and what did you think about attending one of first, more solid park comps within the U.S.?
It was awesome to tie for third with Taylor, He is mad good and I wasn’t even sure if I was going to compete when I was on my 17 hour drive to Milwaukee. MWM was a huge step forward for the industry.

I just remembered that your thumb was broken or something, during MWM. That’s nuts. Why did you risk getting more fucked up and just going all out? What were you thinking?
Shredding comes first. Thumbs are not even in my top 5.

After people saw your riding at MWM I think that they really knew what you were about. I know that Wonka and I were stoked on what you were doing, and I knew that you had to be a part of WRAHW. Didn’t you pick up a lot of sponsorship offers that night?
Yeah a few companies approached me about some stuff

The RVA Jam was your semi street comp that you threw in Virginia. I really had a good time that weekend. What made you and your boys decide to hook that up and how do you think it turned out?
Phil and I really wanted to host an event to go with the NAHBS, we had a bunch of last minute location changes and we ran into some rough spots but overall the event was awesome. A lot of people came out, most of them rode and had an awesome time. 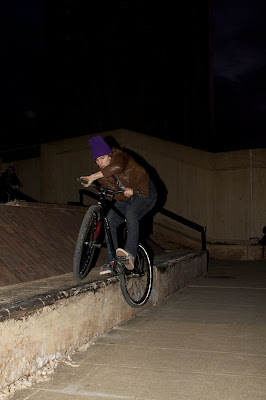 You were one of the pioneers (if we would even use that term) of the dual 26” fixed freestyle stuff. How was/is it to see kids get stoked on these setups?
I love it, 700c is obsolete.

Why do you like the dual joints so much?
They make my bike more enjoyable.

What is the Grime, and wadoyawanna accomplish with it?
The Grime is a company started by Myself, Edward Wonka, and Joe Krillz. We are the first freestyle fixed clothing company that is rider owned and whos sole purpose is to push the industry as well as what can be done on a fixed gear. Soon we will have more softgoods than just tanks, tees and hoodies. We also have some parts being talked about as well as a Grime team which will lead to the filming of the first Team Video. There will be tours and collaborations with other companies as well.

Are you guys going to put a team together in the future? I know that you have already hooked up some people…
We are for sure putting together a team, but not right now. For now we want to just big up some rippers. The team will released this summer.

Who are some dudes that you feel are floating this thang on another level, who’s killing shit?
There is a lot of talent coming out quick. Right now im into Congo, Gus, Jenson, and Antonyo.

You really like spicy foods, what’s your favorite to get down to?
Indian food, and Mexican food. But no meat though, I don’t eat animals.
Why do you hate the nickname Schmitty?
It sounds terrible. People always say it and think that they are the first ones to come up with it. 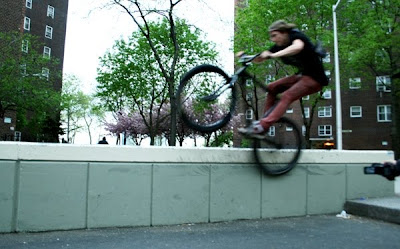 Are you really moving to New York Mike?
Yes, I may need to live on your couch for a bit though.

Are you filming for anything at the moment?
Im always working on filming something, usually multiple things at once.

What are you getting into this summer other than a possible GRAHW trip?
Grime Vid, Lots of trips, Lots of new designs, swimming in the James River, hanging out with Abby Clouse, Smoking dank.