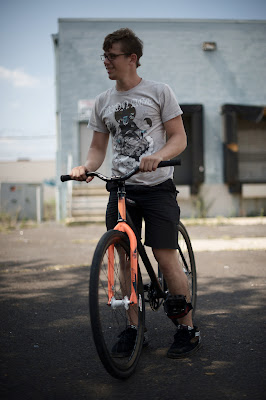 
WRAHW:  I could say a good bit about you but that sort of defeats this purpose, ha.  For those out there who don’t know who you are, well, they need to do a little homework, but can you introduce yourself?

So fist off, how have you been man?

Good, just trying to balance working and riding. I'm finally not hurt at the moment.

Have you gotten the new Charge prototype, and if so how is that?  I saw a photo of one setup at Interbike and it was wearing at least 47c tires.

Not yet, the one from interbike is being shipped to me soon.

When is the Scissor expected to drop to the public? 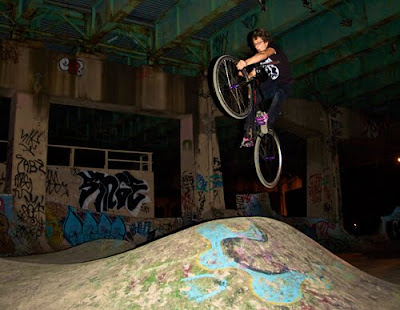 So, I saw the new edit of you Philly heads, killing it.  That deal was nice!  Have you been staying up on your fixed gear, as it seems, or are you laying low and doing other things?

I actually haven't been on top of my game, I'm finally starting to get back into the swing of things though.

While on that subject, sort of, what other bikes do you ride/play on, and with the fixed gear not included, what’s your favorite joint to throw down on?

I've got a Fit Aitken 3.5 BMX, a 26" Charge Blender, and my newest addition a Santa Cruz Nomad full suspension rig. I'd have to say I'm having the most fun on that at the moment.

I remember that you were telling me about this new Mountain bike that you wanted to get.  Did that ever happen, or are you still looking into copping that bad girl, hahaha?

Yeah I got my dream bike, It's the Nomad I just mentioned. Loving it.

So, what else are you interested in, besides riding bikes?

Fucking shit up, skating, graffiti, music, and just being a shithead.

What tunes have you been getting down to lately?  I personally have been catching up on my early 70s punk shit, as well as some old goth rock, and drone metal (thanks to Mr. Briggs for some new reference), but its always nice to see what others are getting down to as well.

So, do you feel that your choice of music influences the way you ride? 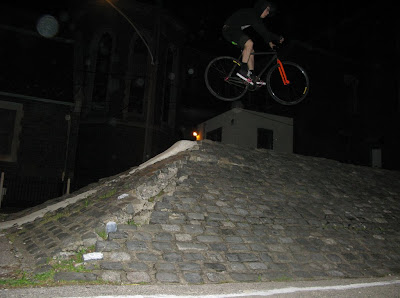 Ok, so a lot of people are wandering, well, maybe not, but I am for sure.  Have you indeed landed wheelie 180s before?  I have heard that you’ve blasted those shits, but I just want to know what you have to say about them.  I have tried them a decent amount and they are hard as fuck!  Hahha.

Yes, I've landed them before. I have to go pretty slow to do them, they are pretty hard to time.

What do you think about the current state of freestyle fixed?  Do you feel that there is a good grip of things that have not yet been done in our “sport”?

Go faster. More forwards, less backwards. Raise them posts a bit. Loose that 650c front. Get some balls. I want to see someone backwards wheelie with a reasonable gear ratio. 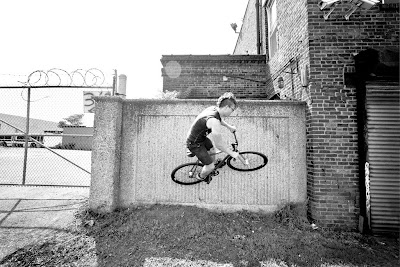 I know that I owe you guys a trip to Philly, but when are you planning on coming back to NYC?

Never. I'm staying in Delco for the rest of my life. Whenever Prolly stops playing fucking baby games with that pussy ankle of his.

Are you planning on taking any serious trips to ride soon, or are there any new things in the works in general, that you would like to hint at?

Tony Fast and I are going to the Herr's Potato Chip Factory to do a demo. It Should be huge.

Who are your current sponsors, supporters and such?

Would you like to give any shout outs before we end this ordeal?

Thanks Nick @ Charge, Jeremiah @ Hold Fast, Chrisitan @ Profile, Jeff Bolt @ Velocity, the Delco crew, Tony, Prolly, Drew, and Torey for the interview. I wouldn't be riding if it wasn't for these guys. 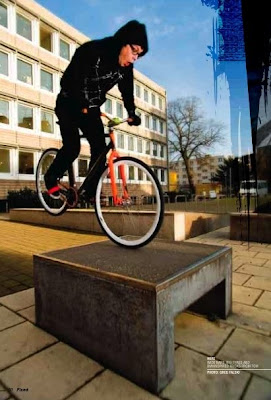 Thanks Tom, and don’t fuck up too much shit, hahaaa.  Be good man.