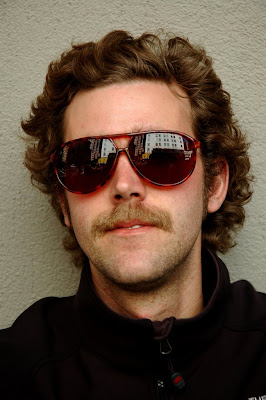 Shot by Colin Arlen
I wouldn't call James a freestyle fixed rider, nor do I think that he would like to be called such. Although, he has some pretty solid skills. A phew days ago I was thinking back to some of the things that id seen him do, and the leg over 360 skid (the first video) stood out grandly. It is executed so smoothly, while still being pretty sreddy like. He's going decently fast into that trick, and there is a lot of fuck up situations that could have went down.
I just wanted to take out some time to archive a phew of this joints, just for later reference or something. All of the videos that are above are sick. Look at them. Individuality and skill, the two combined create some good shit.
On a side note. The one of a kind Hunter setup that James has (below) is still one of my most favorite builds, period. Red rocket stem and all, that thing is sick! Honestly, throw risers, a rigid fork, and some G6000s on there, and I would do tricks on it. 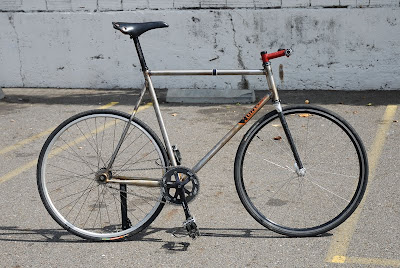 Photo by Newman himself
Posted by WRAHW at 1:33 AM